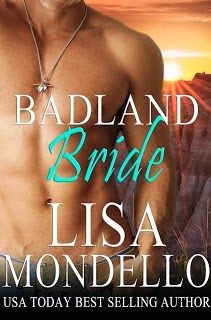 Raised an Army brat, Regis Simpson was used to calling new towns home, learning to quickly make friends but never letting anyone get too close.  When devastating floods tear through the Badlands of South Dakota, she thinks Rudolph is just another town that needs to be rebuilt.  Nothing more.  The sooner she gets her work done, the sooner the people of Rudolph can heal and she can move on to the next town in need.  She never counted on the sexy town doctor, Keith “Hawk” McKinnon or his determination to break down walls she’d spent a lifetime building, making it impossible for her to leave.


Nothing pained Hawk McKinnon more than seeing people he’d known his whole life hurting.  He traded a high-paying salary at a city hospital to come back to Rudolph and make a difference where he’d dug his roots.  When the beautiful Regis Simpson comes to town offering help, he’s immediately drawn to her even though she’s spent a lifetime packing armor around her heart.  But once her work is done, she’ll be leaving again.  He’s determined to do everything possible to make her stay.

Regis never felt so foolish in her life. Handsome? Yeah, she couldn’t deny that. But to ask her that? Was he full of himself of what? Never mind that she’d already been thinking that from the moment she’d seen him walking up the ramp.
“You didn’t have a medical bag,” she finally said.
He glanced at her. “Excuse me?”
“When you came up to the door you said the doctor does house calls in the middle of the afternoon. But you didn’t have a medical bag so I naturally assumed...”
His face suddenly showed understanding at her fumbled attempt at an explanation. “I keep the bag locked in the truck. You never know when you have to run out quickly, especially now.”  Turning his focus to her leg, he said, “I’m just going to pull your shoe and sock off so I can see how far down this cut went.”
Regis looked above him, behind him and at the posters on the wall warning of germs and the importance of washing your hands as the doctor peeled off her blood-soaked sock and shoe. She closed her eyes to the pain as he turned her ankle.
“Let’s clean out this wound and see how bad it is,” he said. “Just lift your leg so I can put the towel underneath.”
Gripping the table, she did as she was told and turned her head to the side as the cool liquid flowed over and stung her skin.
“You’re not going to pass out on me, are you?”
“Not if I can help it.”
“Nancy?” he called out, startling her.
A few seconds later, a middle-aged woman wearing a nurse’s jacket with cats printed all over it was standing in the doorway.
“I wasn’t sure you heard me come in,” she said, looking over at Regis’s leg and frowning. “Oh, you got yourself a nasty one there. Where’d that happen?”
Regis took a deep breath as the doctor worked on her leg. “Over at the Bennett property.”
Sympathy shown on the woman’s face. “I heard the whole first floor was flooded.”
“It’s about that bad,” Regis said.
Hawk looked up at the nurse. “I didn’t have time to fill out the paperwork for Miss—”
“Simpson. Regis Simpson,” she said.
Hawk nodded. “Would you mind getting all that paperwork together while I take care of this wound?”
Nancy shook her head and frowned. But by the motherly look she gave Hawk, Regis knew she was teasing. “Didn’t remember which form to fill out, huh? It’s a good thing you’re not at Sioux City General anymore. You think the other nurses would put up with this?”
“He didn’t want me to bleed all over the new carpet.”
Nancy chuckled with raised eyebrows. “That was very thoughtful of him. I see you already have this poor girl whipped. I’ll get that paperwork.”
As Nancy left, Hawk’s hands paused on her leg as he looked up at her, giving her a wide smile that reached the depths of his eyes.
“You’re getting me in trouble.”
“I have a feeling you can do that all by yourself.”
She wasn't sure what she'd been expecting from a country doctor, but the man standing next to her was not it. His eyes were the deepest shade of blue  Regis had ever seen. He was tall, leanly muscled and had one of those ruggedly handsome faces that would've looked perfect in a cowboy movie. And she couldn’t believe she was sitting on an examining table with the hots for her doctor.

SIGN UP FOR MY NEWSLETTER FOR A CHANCE TO WIN A FREE E-READER!

When you sign up for my newsletter, you’ll get updates on events and book releases, be invited to special giveaways, and a whole lot more! I’ll never sell or share your name or email address. You can change your mind at any time by clicking the unsubscribe link in the footer of any email you receive from me.

I need to confirm your email address.

To complete the subscription process, please click the link in the email I just sent you.